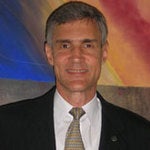 I am attorney Tom Hartmann. I am a deeply and broadly experienced lawyer who specializes in  commercial litigation. I have been doing this for 30 years in New Jersey and throughout the country. I also served in the United States Air Force on active duty and in the reserves for over 32 years, retiring at the rank of Brigadier General. This one of a kind breadth of experience allows me to serve my clients with great energy, judgment, focus and determination. The profile below expands on my background.

As a General Counsel for public and private companies, I have offered all aspects of legal support: litigation; transactional; negotiation of major contracts; regulatory; Board/Committee agendas and secretarial matters; real estate and leases; dispute resolution; negotiation of banking-security-subordination-intercreditor agreements; preparation of public filings; licensing; insurance; legal/financial/regulatory/HR/marketing compliance; corporate governance; and risk management. As a General Counsel, I successfully resolved more than 400 cases in litigation, including a class action for less than 5% of its expected recovery value.

I was the lead negotiator for my client on the creation of a multi-billion dollar second national telecom provider in France with U.S., British, German and French partners. I divested two cable TV properties for approximately $1 billion. I shepherded a $100 million divestiture in Chile; managed international regulatory approvals for the largest telecom merger in history at the time; and negotiated joint marketing agreements between my client and satellite TV and Internet service.

As General Counsel, I led a company through a 56-day prepackaged bankruptcy. I negotiated with the bank syndicate, as well as hundreds of litigants and other claimants to speed the process and put the company back in full swing. I helped lead the company after emergence as General Counsel and Sr. Vice President of Administration by assuming responsibility for Safety, HR, Insurance, Regulatory, Collections, and a substantial Procurement Centralization effort, which netted approximately $11 million in savings.

I served in the United States Air Force both on active duty and as a reservist for more than 32 years, retiring at the rank of Brigadier General.

I am an Honor Graduate of the United States Air Force Academy. I won the Franklin Wolfe Fellowship in Humanities for post-graduate study at Stanford University, where I was awarded a Master of Arts Degree and named an Air Force Institute of Technology Distinguished Graduate. I graduated WITH HIGH HONORS from George Washington University Law School and was named to the Order of the Coif.

Thank you for contacting us. We will get back to you shortly.

Please complete all required fields below.